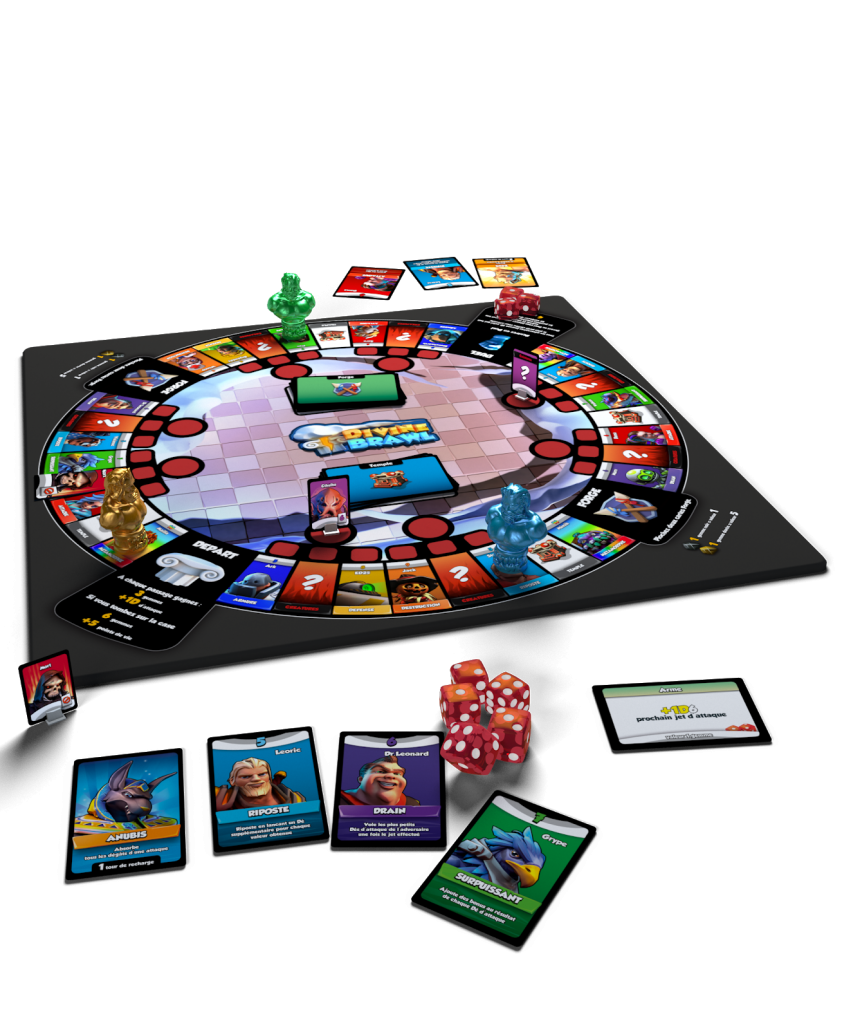 “Divine Brawl – The tabletop” is a tabletop game on the same universe of Divine Brawl the mobile game.

A game of Divine Brawl opposes two to six players, a game lasts about 1 hour.
The object of the game is to defeat his opponents, embodying a God of unique divine power and managing his survival as well as his economy. The Gods increase in power throughout the game.

The players start from the « Start » space and move their Gods on the board according to the result of the dice.

The board has 20 Heroes spaces.
When a player lands on a free Hero space, he can buy it by spending the indicated amount of gold. and therefore acquire a new talent. These talents provide skills that can be used in combat.

When a player stops on a Hero space of another player, a fight begins. It consists of 2 phases: A Rock / Paper / Scissors to challenge the possession of the Hero as well as a dice duel to inflict damage on his opponent.

The board also includes Forge and Temple spaces that allow you to draw a card with instructions or actions to perform.

It also has 8 Mythical Creatures spaces that players will have to face by falling on them. When one of them is defeated, it is replaced with the ultimate opponent: Death.

Whoever survives his opponents and Death will win the game. 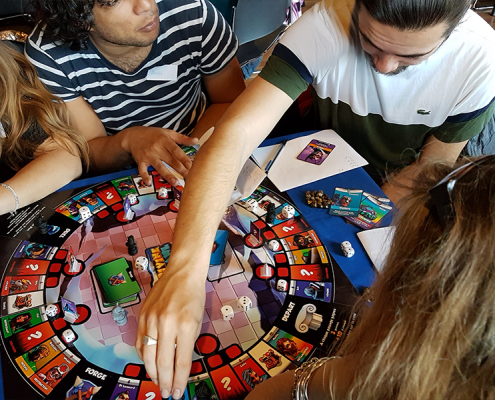 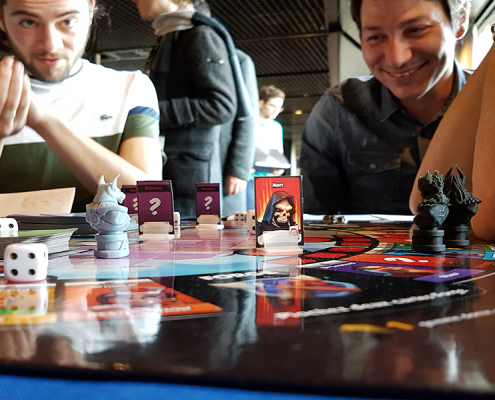 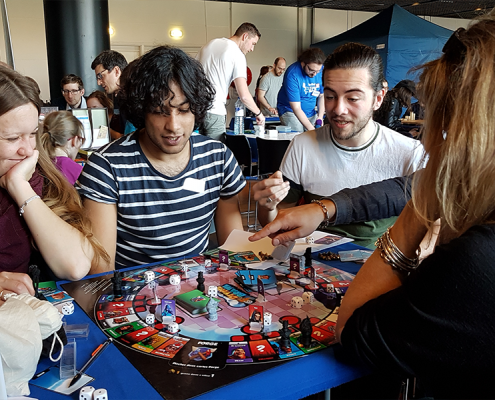 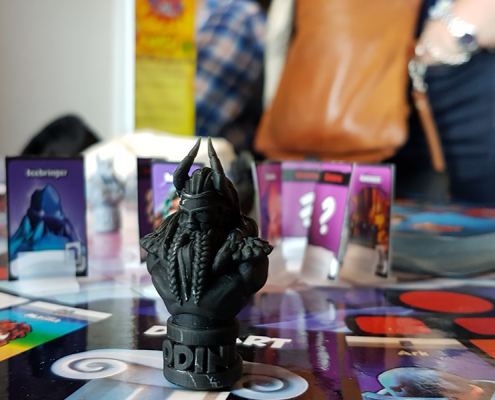 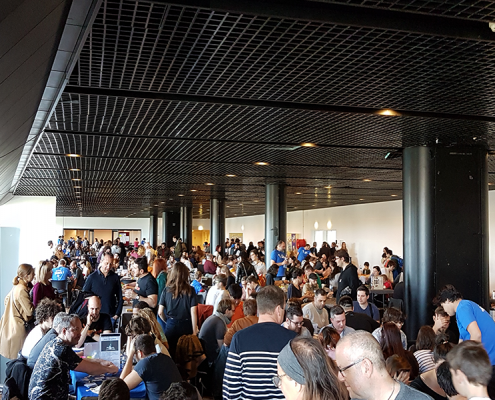 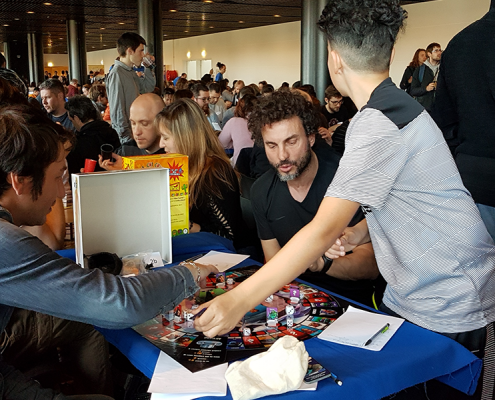 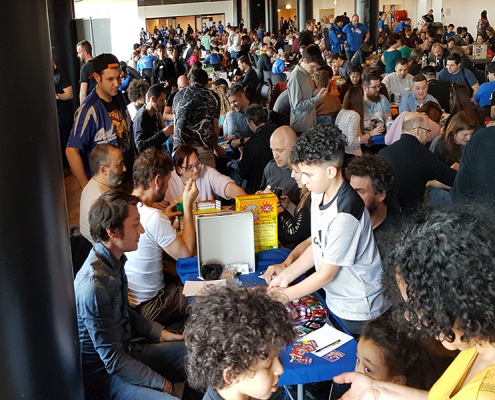 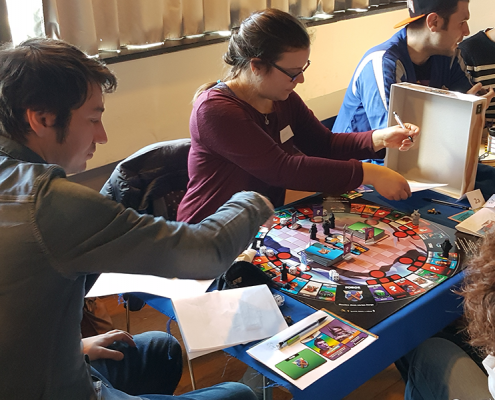 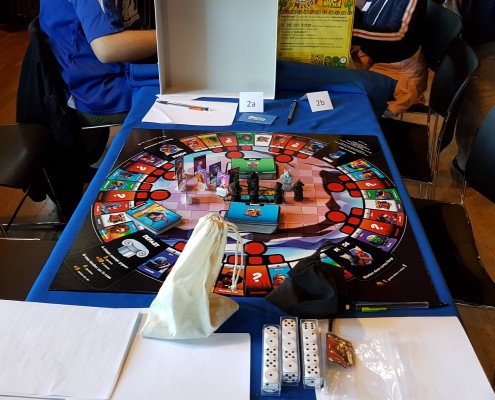 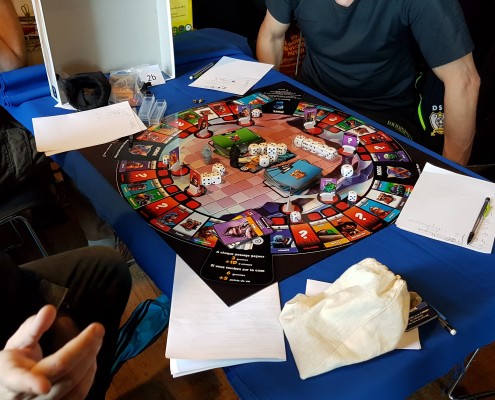 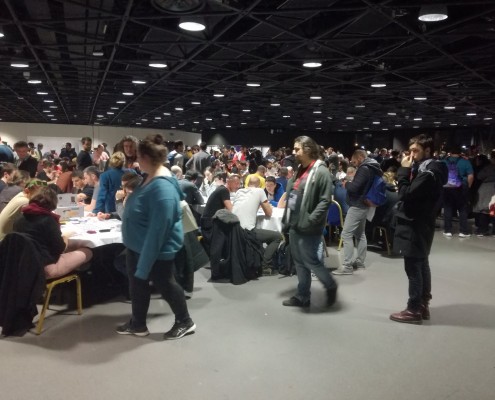 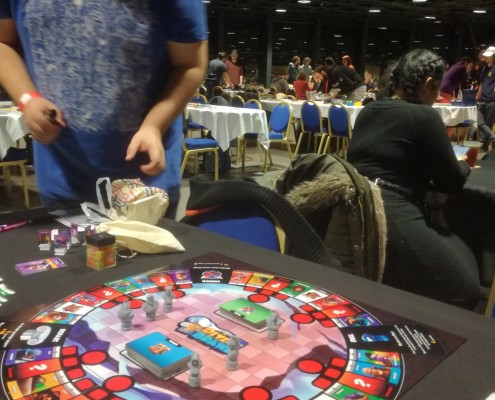 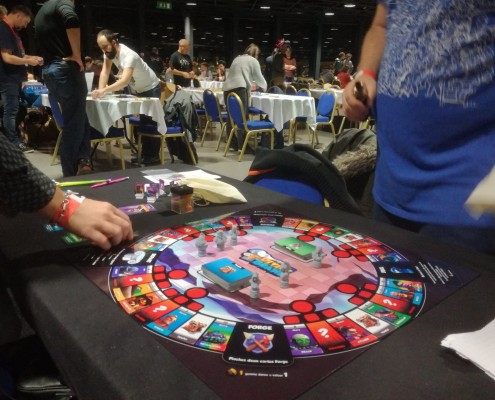